Speaking to Kings Cast podcast former Generations The Legacy, actress Candice Modiselle talked about how her ex-boyfriend cheated and made her pay lobola for his side chick. The actress was asked a few questions about her life, and she responded with so much honesty until the conversation heated up. Candice opened up about how a…

How a 30+year-old guy she dated borrowed money from her and used it to pay lobola for someone else. To make the story more interesting, the guy ghosted her after getting the money he wanted and vanished into thin air.

Actress Candice Modiselle was tricked to pay lobola for her ex-boyfriend’s side chick
The Kings Cast Podcast interviewers asked Candice why she gave the guy some money, responding she said they were dating; the guy also lied that his uncle had died and needed cash to run his funeral.

Candice Modiselle opens up about a guy who tricked for lobola

Candice described it as the worst business decision she had ever made. Out of love, Candice lent a considerable amount of money to her ex-boyfriend, and he disappeared.
In her own words, she said:

So there was someone I seeing years ago, and that guy had been going through a lot in his life. Mind you this is a grown-up man in his healthy 30s. He told me that his uncle had passed away and he wanted money to contribute to his funeral. He was the first son in his family and it was supposed to contribute something to his uncle’s funeral. 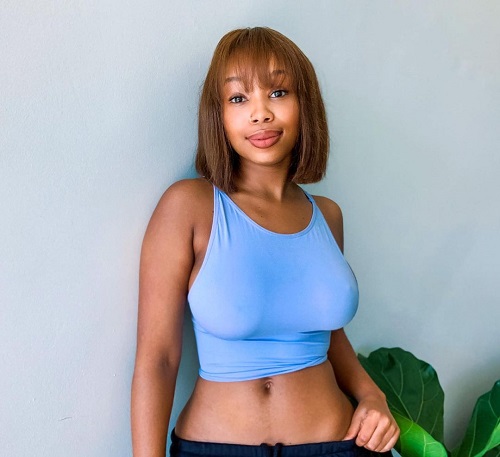 Candice Modiselle on giving money to a guy

Candice went on to say
He wanted a certain amount of money and with my good heart, I lent that money to him. After giving him the money he ghosted me for a couple of days and I got pissed off and break up with him. A few months later I heard that he got married the week that he had ghosted me. Like Bro used my money to pay lobola for some!

Her story was so emotional and left many sympathizing with her. The worst part is that the guy lied to pay back her money in instalments, but he didn’t.