“I’m my biggest letdown,” Kid X On Why He Wants To Study Music

CashTime’s career did not go as expected since he claimed to have a different vision of himself than the record label did. The Father Of Zen revealed during the ESAM Podcast interview that he does not blame CashTime for what happened to him during his time there as he expressed to have let himself down in the process. 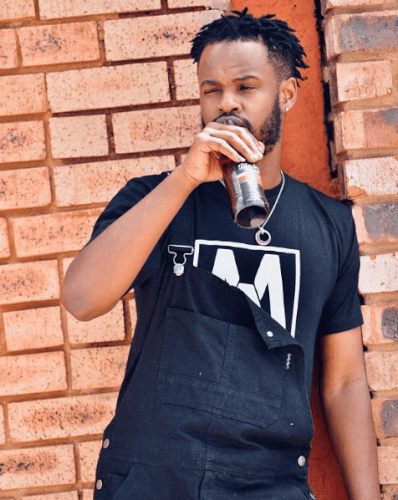 Kid X answered by saying that he is his own worst letdown because he was meant to hold himself accountable for his own work at the time. “I think I’m my biggest letdown simply because in the industry we are in, it’s your duty to know what is actually meant to accrue towards you, he said.

“The first person who I need to look at is myself because expecting more than I expect of myself from the next man is like ridiculous,” Kid X explained. X went on to say that the lack of accountability and not knowing how to manage the previous scenario is why he is returning to school to study music.

“That’s part of the reason why I actually like decided to go back to school this year to study music,” he said. “So I’m studying like this year, my modules are, Sound engineering, Music business, Arranging and production and then Keyboard and electronic,” Kid X revealed.

The rapper has recently partnered with PT Wear for the release of Kid X Booster Sneakers.  “I am proud to announce an exciting co-lab with @pt_wear . Introducing Ltd Edition KiD X™️ Booster Sneakers – quality, comfort and style meets hip hop in one awesome pair! Pre-order right here.” He wrote.