Sonia Mbele Checks Son In Rehab Amid Domestic Violence AllegationsOh, no… it sounds like Sonia Mbele’s son, Donell, is doing worse than we realized.According to Drum, the 45-year-old checked her son into rehab immediately after she realised he was physically abusing his girlfriend.In case you miss it, a few days back Sonia topped the Twitter…

Oh, no… it sounds like Sonia Mbele’s son, Donell, is doing worse than we realized. According to Drum, the 45-year-old checked her son into rehab immediately after she realised he was physically abusing his girlfriend.In case you miss it, a few days back Sonia topped the Twitter trends after her son’s girlfriend opened up about what she’s been enduring. YOU MAY ALSO LIKE: Sihle Ndaba Bids Farewell To Scandal!The lady accused Donell of attacking her at his apartment earlier this week after she found out that he cheated on her. According to Reokeditswe, this isn’t the first time he’s physically abusing her but she decided to take action after seeing how violent he became during this last altercation. She said that he suffocated her and laugh at her face after it.And that’s not all…. he also threatened to kill her to make things worse when she went to Instagram to expose him, and he gained access to her account.While she was posting on what transpired, Donell was busy deleting her posts.  “Donell cheated one and when I found out he went and beat me up. He has been deleting all my posts from my account cause he doesn’t want the work to see what a dog he is,” Reokeditswe wrote on her Instagram. 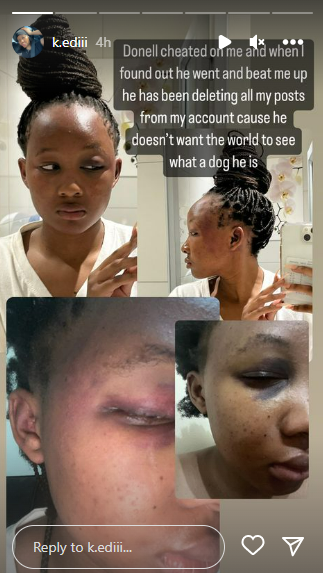 Her revelations saw Sonia, who had previously been a victim of domestic violence, trending. Many wanted to know her role in the situation and if she’d allow her son to face the full might of the law.The actress quickly took to her social media accounts to address the allegations and said she’ll not tolerate her son abusing his girlfriend. You can check her statement below:And now, she has spoken to Drum on the incident saying: “I did not see this coming. They have been together for a while, and they were so close and in love. Immediately when this happened, I sat them both down and I decided to send my son away to get help.“I realized that if he is anything like his father, he is going to need help immediately. His father was abusive, but I stayed for nine years because I was in love, I wanted to build, and I thought things would change.“I am frustrated. 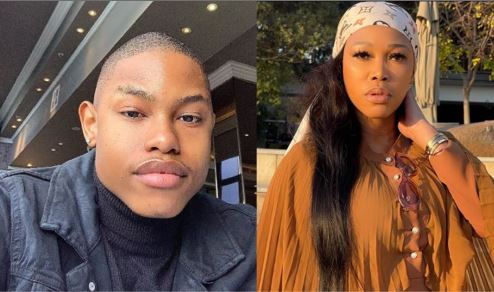 YOU MAY ALSO LIKE: Mewiya’s Widow Mandisa Now Dating Wealthy Man And Wants Nothing To Do With Ongoing Murder Case“ I’m frustrated because I want to do right by my son, I want to do right by her, and I want to do right by society, but I realise that I am not an octopus.”“With age, I have learnt that running away does not help. Instead, it prolongs things. It is better to face the music.“For me, this is family and not just a trending topic on social media.“Like I said, she is studying at AFDA and I said would mentor and groom her in the industry because I really care about her.”Delving more into it she said she took her son to rehab immediately, she became aware of the violence happening under her nose. 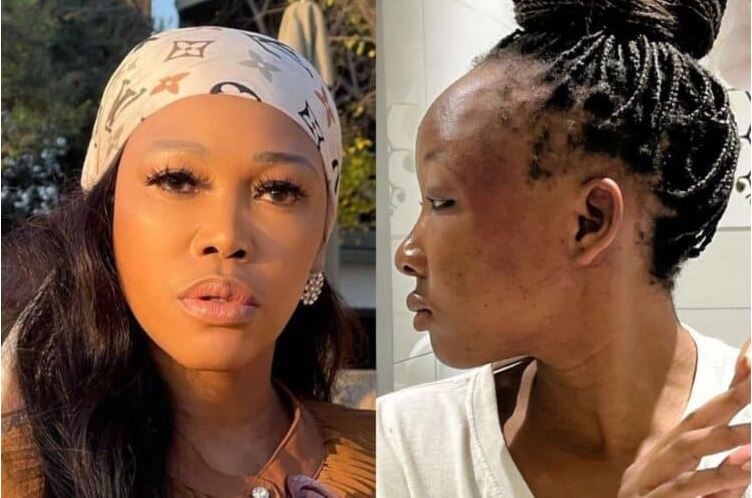 Sonia went on to explain that contrary to what we were all made to believe, the incident didn’t happen this week but happened earlier this month.“This did not happen on Tuesday, it happened on 4 November, and I immediately sent my son to rehab the following day. So, by the time this became public, he was already away.“As a mother you want to love and support your children through it all, but that does not mean you must condone things that are wrong.”